Last week we headed off to Taronga Western Plains Zoo, for a two-day mini-vacation. The zoo is located in Dubbo, 390km from Sydney City and roughly a 5 hour drive. To get there was a long drive through the Blue Mountains, Bathurst and Orange, but was completely worth it.

The Western Plains Zoo is the sister zoo to Taronga Zoo Sydney, and therefore shares the same logo. There’s also a large amount of animals that are transferred between the two zoos to spread the animals genetics in breeding programs.

While there we noticed that the Western Plains Zoo has a large focus on animal breeding. While in my opinion Taronga Zoo Sydney has a bigger focus on animal rehabilitation.
On a number of occasions staff members mentioned the number of animals they have behind the scenes for breeding and also the processes they use to mate the animals together. It was interesting to learn and really added to the experience.

When booking online and viewing the map for the Savannah Cabins, we were led to believe that we would be staying across from the zoo. But on arrival we were surprised to find the accommodation was located within the zoo grounds. This meant to access them we needed to use an internal road, that was also shared with staff and the Zoofari Lodge accommodation.

The cabins being located inside of the zoo is one of the biggest positives, because the scenery is absolutely beautiful. It’s also peaceful and has a whole range of wildlife roaming around the grounds as well, like kangaroos, ducks and some very friendly birds. Each afternoon I sat outside in the cabana area and just soaked it all in. I can’t even describe how amazing it was and how much I enjoyed the location. I would have lived there if I could have.

One thing that was the biggest surprise was the fact that we could see the Zoofari Lodge safari grounds from our cabin. Inside of this safari area are Giraffes, Zebras, Rhinos and Emus, all roaming free. It was something that we didn’t realise we would be able to view from our room, so it was another big bonus.

The one negative that I have with the Savannah Cabins is that they weren’t very well maintained, and were actually quite dirty inside. The best way to sum it up was that you could visibly see hand marks on the walls, there was dust on the window sills and my parents room had dead flies…

In my opinion I think it’s definitely worth the price of staying on-site. It adds to the experience and gives you access to a whole other set of experiences, that we otherwise wouldn’t have had.

Taronga Western Plains Zoo is a drive-through zoo set on a 5km track. With animals and enclosures lining the track, there are options to walk, bike ride, hire a cart or drive your car around the loop. Each ticket purchased comes with two-day admission automatically, which makes every price reasonable, considering you’re getting two full days of entry.

On day one we hired one of the golf carts to travel around in. Priced at $70 for 3 hours of use and the opportunity to have the wind blow in your hair as you drive around the 5km trail, it’s worth every cent. But on the second day we opted to drive through in our car, as we only wanted to stop at a few animals along the way.
For us, the decision to hire the cart was one of the best. Not only did it allow us to get in and out easily, but also allowed us to park closer to exhibits, which meant a little less walking. It was also good for easy viewing all around, with no obstructions and plenty of room for the four of us to sit comfortably.

Throughout the day Taronga hosts a number of Keeper Talks at various animal enclosures around the zoo. These often involve keeps feeding the animals and providing information and facts about the animals and their behaviours. At first we only planned to listen to the Meerkat one, but ended up going to a few extras, like the Hippo, Sumatran Tiger and a few others, and we learnt a lot. It added to the whole experience and gave a bigger appreciation for the animals and the work that the keepers do on site.

If you like all of the bigger animals, such as Giraffes, Zebras, Rhinos, Hippos, Lions and Tigers, Camels, etc, then this is the zoo to go to. Not only does it have all of the animals, but they’re all set up in enclosures that closely replicate their real life habitats, in both look and size. If you’re looking for smaller animals, then I would probably recommend Taronga Zoo Sydney or the new Sydney Zoo, as they have a mixture of both.

Meerkats are one of my all time favourite animals. I’ve always had a massive soft spot for them (and dingoes) and being able to have the opportunity to sit and play with them was really a once in a lifetime one.

At $79 per person, for a 15 minute session it seems expensive. But after doing some research of other zoos prices, it’s one of the cheapest around. In my opinion it’s worth the price, even if it’s only a short encounter.

This encounter was beyond amazing. Not only do you get to sit among the meerkats in their enclosure, but they also climb and jump all over you. At any one time there could have been a meerkat on my shoulder and two on my lap. It was a very surreal experience to have them right there on top of you. Not to mention to get to feel how light they were. They only weigh 1kg each, and to be honest they felt even lighter than that.

The Giraffe feeding costs $10 per person and is the cheapest animal encounter that can be undertaken during your visit. It involves feeding a number of giraffes pieces of carrots and being able to have a cool photo opportunity.

As amazing as it was to be able to be up close and personal with the giraffes, I felt as though this encounter was rushed. This was due to the fact that a whole group of golfers had just arrived and wanted to push in front of us and another family for their booking, which they were 15 minutes early for. They kept asking how long the wait would be, and I felt that because of this we were really rushed as they wanted to get them through.

Bakhita’s Cafe is the cafe located within the ticket office and gift shop building. During our visit it was the only cafe open on-site as renovations were taking place on the mid-way cafe.

We ate there both days and enjoyed all of the food we ordered. All of the food was reasonably priced, considering that it is a zoo. Sandwiches were $6.80, sausage rolls were $4.50 and then there were a whole range of other wraps and meals that started from $8 and went up to about $25. Everything was also freshly made and you could taste that it was, especially in the sandwiches.

The cafe also looked out onto the Lemur and Monkey (I forget the specific type) enclosures. It was a great view and entertaining to sit and watch them in their habitats while enjoying a meal.

Overall, I had the most amazing time at Taronga Western Plains Zoo and would definitely  recommend heading there and experiencing all there is to offer for yourself. I’ll definitely be going back at some stage! 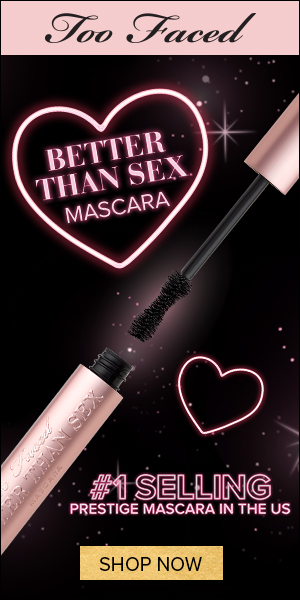